Ida B. Wells is a giant, not only within the civil rights movement, but in American history. She was an African-American investigative journalist, educator, and an early leader in the Civil Rights Movement. A founder of the National Association for the Advancement of Colored People (NAACP) and a co-owner of the newspaper Memphis Free Speech and Headlight. Starting her career by investigating and documenting lynching across the United States, she quickly became a formidable figure arguing for civil and women’s rights. She died in 1931 at the age of 68, Ida remains a giant in American history. 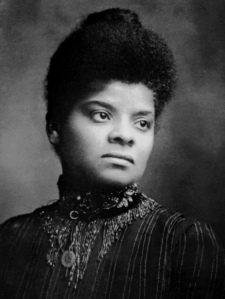 Born a slavery in Holly Springs, Mississippi, one of eight children born to James and Lizzie Wells. James was the son of a white man and an African-American women and became a carpenter’s apprentice. Her mother, however, was sold from her family and struggled to find her family again after the Civil War. Ida was the oldest child and became the sole bread winner when both of her parents died during a fever epidemic. Ida attended the black liberal arts college Rust College in Holly Spring, allowing her to develop the skills needed to become a teacher.

After her parents died, her grandparents wanted to separate the Wells siblings, but Ida refused. When she was away teaching, her other family members would help care for the younger children. They stayed in Holly Springs until two Wells sister died, convincing Ida to move to Memphis, TN and resettle with her aunt. While in Memphis, Ida attended summer classes at Fisk University and Lemoyne-Owens College and surprised many people with her strong feminist and civil rights views.

While riding a train in 1884, Ida was ordered to move form the first-class ladies car and move to the smoking cars. Ida refused and she was dragged out of the car. She wrote a newspaper article about the experience and sued the railroad and won $500 awards. However, the Tennessee Supreme Court shot down the verdict and made Ida pay court fees.

After her experience on the train, Ida continued to teach, but also started her career as a journalist. She became an editor for the Evening Star, wrote articles about The Living way weekly newspaper, and became an editor and co-editor of the Free Speech and Headlight. In 1891, Ida was fired from her teaching position, and recommitted herself to the newspapers.

In 1889, Ida’s friend Thomas Moss was entangled in a fight between a group of white men attacking a young African American by. Moss owned a grocery shop and two of his employees rushed to protect the boy. Eventually, a sheriff came down and arrested Moss and his employees. In 1892, men in black masks took Moss, McDowell, and Stewart out of their cells and to a rail yard in Ohio and executed them.

Ida was devastated by the loss of her friends and began to investigate other lynchings and published an editorial about her findings. Her newspaper office was burnt to the ground and she left Memphis and moved to Chicago.

On 1892, Ida published her lynching investigation in a pamphlet called Southern Horrors: Lynch Law in All Phases, claiming that Southerners cried rape to justify lynching African-Americans that they felt threatened by, especially economically. She recommended African-Americans arm themselves to defend against lynching. She followed this up with the pamphlet The Red Record covering lynching since the Civil War and the struggles of African-Americans. 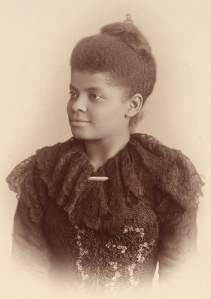 Ida had hope that white Americans would turn against lynching, but she knew that African-Americans needed to arm themselves to be truly safe and she went to Britain to bring economic pressure on white America. She went to England to speak about her research and agreed to write for the only newspaper that decried lynching, the Daily Inter-Ocean. This made Ida the first paid woman correspondent for a mainstream white newspaper.

In 1895, Ida married Ferdinand L. Barnett, another journalist and civil rights activist. Barnett founded the Chicago Conservator, which Ida wrote for and even became an editor for.

While Ida remained dedicated to her work, she had gained a notorious reputation and many traditional activists saw her as a threat and too radical. This seems to have prevented her from being included in the list of founders of the NAACP.

While Ida was heavily involved with the civil rights movement, she was also involved with the Suffrage movement. This started with her founding of two Chicago Women’s Clubs in response to a new state law that gave women the right to vote in certain elections. She also organized the National Associations of Colored Women’s Clubs and the National Afro-American Council. While she believed all women should have the right to vote, she also saw the suffrage movement as a chance for African-American women to become involved in their own communities. This led to a public fight with Frances Willard, the president of the Women’s Christian Temperance Union, a strong advocacy group for women’s suffrage. Ida claimed that Frances did not condemn the lynching occurring in the South and even blamed African-Americans for the defeat of the temperance legislation. This may have also contributed to her exclusion from the National Associations of Colored Women’s Club in 1899

Despite these setbacks, Ida continued to fight for equality and human rights until her death, in 1931 at the age of 68.

Sources: Ida: A Sword Among Lions: Ida B. Wells and the Campaign Against Lynching by Paula Giddings. Published by Harper Collins in 2009

When Ida B. Wells Took on Lynching, Threats Forced Her to Leave Memphis

9 things you must know about Ida B. Wells-Barnett